August 25, 2020
His Career was so successful he even became with his band the first British band to break out big in the USA. The even had an appearance on the TV show “The Ed Sullivan show”. Their work on TV was very intense since later they released their second film named: Help!” Through Lennon’s career he met a lot of artists that influenced him and his music, specially the Japanese conceptual artist Yoko Ono. Elvis Presley was also a big influence in John Lennon’s’ career. His first song opened Lennon’s eyes to the world of Rock and the power of words and music mixed together to wake the audience up. Bob Dylan was one of his most important influences specially when writing protest songs such as the intensity of Dylan’s words and meanings. From him, here, he got a more Folk style and even features Bob Dylan’s lyric “My Back Pages” in his songs. John Lennon also was very inspired by the strange and psychedelic world from Lewis Carroll, the author from  “Alice In wonderland” , his songs “I am the
1 comment
Read more

A Spanish Composer in the Heart of Hollywood: Ana Ortiz Wienken 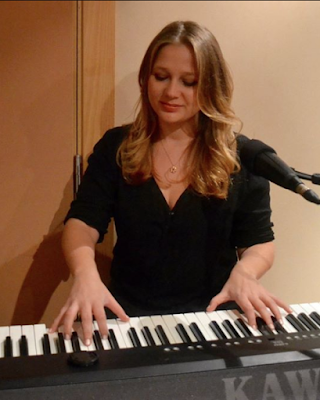 A Spanish Composer in the  Heart  of Hollywood:   This Month's Featured Artist,  Ana Ortiz Wienken:  a film score composer who travelled among most of the world's cities learning from renowned film record labels and working with award winning composers and film editors. Her musical work is leaving a high standard mark in the industry as she continuously releases musical work of a high degree level for musical companies, film festivals and independent film directors.  Ana began playing the violin at an early age, however she has followed her passion with her preferred instrument, the piano. With her keys, she has travelled among most cities of the world performing concerts at venues, festivals as well as in city hall concerts at her town, Madrid. One of them being the recognized  "Sociedad Matritense de Amigos del País" .  Ana Ortiz Wienken has been professionally trained in classical piano performance and composition at Spain's Russian Conservatory, under
3 comments
Read more

Elektronika Music Records Magazine Blog
Blogger specified in featuring artists and interviews in search for new sounds. Posting every now and then interesting artists and cultural events of interest.